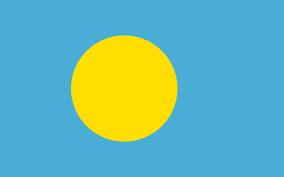 Palau
Capital: Melekeok (The capital was formerly located in Koror until 2006)
191 square miles in the Pacific Ocean
Composed of more than 200 islands.
Koror is still the largest city and has a population of around 11,200 people. The island of Koror itself is connected to two neighboring islands by two bridges.
Palau International Airport is located on the island of Babeldaob 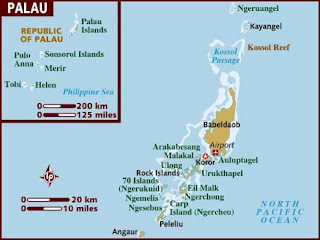 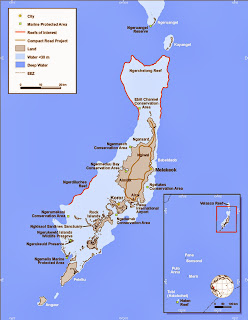 Historical
The Battle of Peleliu
The small 6 mile long island of Peleliu was the site of a deadly battle during World War 2 between Japanese and U.S. forces. Peleliu is virtually surrounded by coral reef which made landing by landing craft virtually impossible. U.S. marines had to land using LVT. The island also had an airstrip.


No military. Only police forces.
Relies on the U.S. for national defense.
The U.S. military gained access to the islands for 50 years. Signed under the Compact of Free Association.