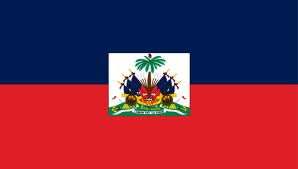 Haiti
Capital: Port-au-Prince
On the island of Hispaniola
Borders the Dominican Republic

Haitian slaves revolt against the French colonialist in 1791. The former slaves eventually gain control of Haiti and manage to fight off numerous French armies seeking to retake Haiti and put the Haitian people back into slavery.

In 1914, U.S. president Woodrow Wilson took control of the Haitian National Bank by sending U.S. marines in who removed $500,000 of the banks reserves to New York.

In 1915 the U.S. invades Haiti to protect U.S. assets in the nation and supposedly end any German influence in the area.

From 1888 through 1915, no Haitian president completed his seven year term. Ten of them were either killed or overthrown.

The old Haitian flag during the Duvalier reign was black and red, powerful colors in Voodoo.

The Milice de Voluntaires de la Securite Nationale (MSVN) were nicknamed the “Tonton Macoutes”. Tonton Macoute is a fictional “bogey man” like character in Haiti. “Ton Ton” is like saying “uncle” and a Macoute is a gunnysack. Uncle Gunnysack. Tonton Macoute was said to kidnap unruly children and place them in his gunnysack to be carried off and eaten later. The MSVN usually wore blue uniforms.

“Attaches”
Nicknamed attaches because many of them carried weapons in attache cases.

After decades of dictatorships and coups, Jean Bertrand Aristide was elected president of Haiti by popular vote in 1990.

In 1991, Aristide is ousted by a military regime that took control of the government.

Front pour l'Advancent et la Progres Haitien (FRAPH)
Front for the Advancement and Progress of Haiti. A right wing paramilitary group established by Emmanuel Constant to counter Aristide supporters and leftists. Some FRAPH members were found to have been working for the U.S. Agency for International Development (USAID). USAID was found to have maintained files on Haitian social justice movements.

The U.S. base in Guantanamo Bay, Cuba was used it to hold and “process” Haitian refugees being sent back to Haiti. In the 1980's and 1990's, the U.S. allowed hundreds of Cuban refugees to come to the United States by boats, rafts, etc., yet at the same time they sent hundreds of Haitian refugees back to Haiti and used the Guantanamo Bay base to “process” them. AIDS and other diseases spread into Haiti at the same time.

Lebanese mercenaries, nicknamed “Black Ninjas” by the Haitians because of their black military uniforms and black masks, were hired by the government of Haiti. The mercenaries would end up negotiating their surrender without a fight.

Jean Bertrand Aristide was returned to power and a constitutional government was restored in 1994.

After a rebellion in 2004, Aristide was exiled and flown to Africa aboard a U.S. plane.

15 NOV 2010 -Suspicious outbreak of Cholera three weeks after the earthquake, kills around 1,000 people.

02 OCT 2011- The new president of Haiti, Michel Martelly, suggests the creation of a new military force in Haiti, however, there is political opposition to this suggestion in Haiti.

Haiti had no official military since the 1994 US invasion. Only police forces.

The Haitian military has been reactivated as of November 18, 2017

Corp du Genie (Corps of Engineers)
The initial small unit of engineers was trained in Ecuador. 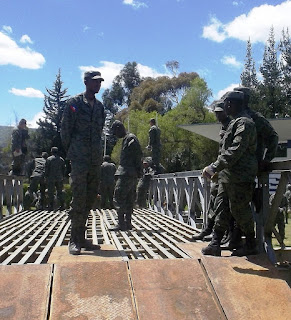 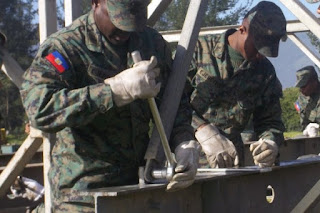 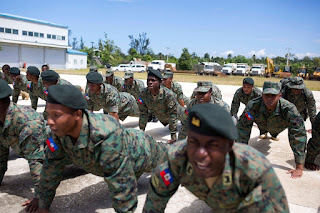 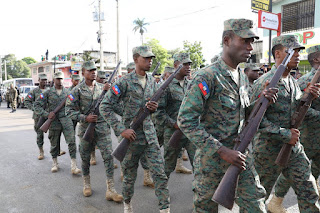 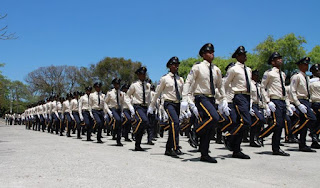 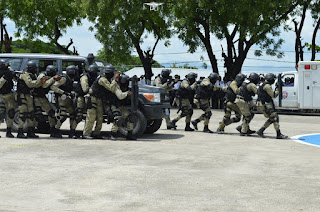 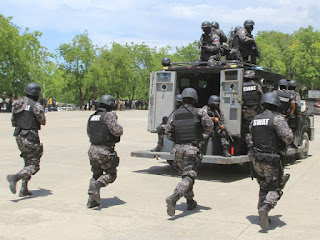 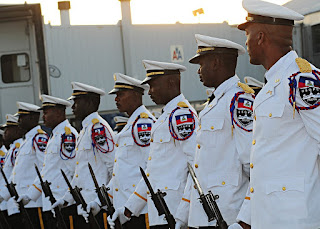